Khurshid Mahmud Kasuri hails from an illustrious political family of Pakistan who played an important role in the subcontinent's Independence Movement. He was educated at the Universities of Punjab, Cambridge, and Oxford, and was called to the Bar from Grays' Inn, London.

Kasuri took active part in various political movements striving for democracy in Pakistan including the PNA (Pakistan National Alliance), MRD (Movement for Restoration of Democracy), and the PDA (Pakistan Democratic Alliance) movements. Like his father, uncle, and grandfather who were all active in the Independence Movement and for which they underwent imprisonment, Khurshid Kasuri was also incarcerated on various occasions for his political activities. 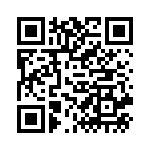